Springsteen’s career in the ‘70s and ‘80s was meticulously thought-through and subject to much deliberation and counter-deliberation – eight studio albums in two decades, with frequent last minute revisions as to choice of song, sequencing, and artwork. His output was a scrupulous artistic vision that he did not want to get wrong. During those decades the fans clamored for more material, and the bootleggers kindly obliged, and there’s much to be said for the illicit thrill of hearing unreleased studio tracks somehow leaked from the countless sessions of the time. Mr. Springsteen may not have appreciated it, but there a huge volume of unheard songs and the demand, so slightly shady entrepreneurs stepped in.

In the ‘90s, things changed. The E Street Band were temporarily dispensed with, then brought back. Only three studio albums were released, and security seems to have been tightened up because there was little in the way of fresh studio outtakes circulating. There was some serious head-wagging, chin-stroking and beard-growing amongst the obsessives. Where was Bruce?

Fortunately for the noughties, he appeared over the horizon with The Rising, and suddenly all was alright for Springsteen fans. In comparatively quick succession, seven studio albums appeared (five appearing in the period of seven years), as well as live albums and DVDs. Bootleg studio releases for this recording period are practically non-existent, but you can’t complain about the quantity of officially released material. It seems like Springsteen was holding true to his word as to getting more of his work out there, but more importantly from his perspective, it was what he wanted us to hear. There were no more studio leaks to the underground market.

For the superfans, this poses an interesting dilemma, as we used to like listening to what we weren’t supposed to be listening to. Part of Springsteen’s allure for the ûber-collector was hearing “lost” albums and tracks, but as it stands now, those days are well and truly over. Springsteen has no obligation to bootleggers, despite an encouraging awareness of this market early on, declaring in concert, “bootleggers, roll your tapes”. However he was clearly not keen on the studio stuff getting out – there was litigation around early studio work being released in England (Prodigal Son, in 1996).

Yet in the first two decades of his career the outtake material helped build his legend amongst a rabid fan-base. It would be difficult to say this was purposeful; studio technician and friends close to the band tended to be blamed for tapes getting out, although an acetate of Born To Run was “officially” leaked to a radio station in 1974.

There does seem to have been a shift in stance, a clampdown by the Springsteen organisation on unreleased stuff getting to the fans. Some may argue this was part of the increased corporatisation of an artist – Springsteen was now a commercial juggernaut. These days he’s taken to releasing official downloads of his concerts via his website, but I’d hazard a guess what the fans really want to hear is the uncontrolled moments of genius in a recording studio, raw and hissy, from the vaults.

American Beauty, a limited vinyl EP released to mark Record Store Day 2014, contains four previously unreleased studio tracks, and must go some way to satisfying the fans’ need for new stuff, coming hot-on-the-heels of this year’s new studio album High Hopes. That album in itself was a collection of unreleased music which Springsteen had knocking about for ten years or so, re-recorded with a new release in mind.

The title track is an outtake from those sessions, as is “Hurry Up Sundown”, a worker’s song celebrating the end of the day (although I mishear it in all it’s glory as “Harry at Sundown”, ear-trumpet required), so they have something like the status of outtakes from an album of outtakes, but officially released. Both songs are anthemic and rough-edged, not Springsteen’s greatest ever songs, but there was never any claim that this was the case. In fact by putting out the EP as a limited release, there is possibly some acceptance that this material does not form part of the core body of his work.

“Mary Mary” and “Hey Blue Eyes” are apparently outtakes from the (stupendous) Magic and (slightly less stupendous) Working on a Dream albums. The former track is relatively lightweight but interesting enough. “Hey Blue Eyes” however is a standout, an obliquely political song about the Bush years, and beautifully sung by Springsteen.

So where does this get us? It’s clearly a release for the converted, and the converted can’t really complain about more music from an artist they love, and whose early releases were interspersed with great gaps of mysterious silence in between. Springsteen has done what he said he would – get more music out. For the underground thrill seekers, it may be a downer that it’s street legal and that there’s no hiss. But in the Church of Bruce, faith is often rewarded, and sooner or later we may get our 57 CD/33 DVD box set, with everything he’s ever recorded but not yet released. Hopefully there’ll be no overdubs, but you’ll never be able to leave the house again, wallowing in furious gluttony. 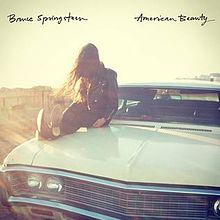