No Shadow is the fifth EP (7” vinyl and download) in Ryan Adams’ series of singles releases, and catalogue number 043 on Adams’ PAX-AM label (041 is curiously shared by Adams’ Vampires and Jenny Lewis’ PAM-AM Sessions). At the outset, Adams said he was going to release a single every month until he “couldn’t do it any more.” As at the time of this writing, there are no further scheduled singles in the run, although a swirl of rumour amongst fans suggests there could be a follow-up to 1984 on the way, namely 1985.

The full circumstances of Adams’ output and creative process can at times be oblique, but here we at least know that the title track and b-side “It’s In My Head” are the result of a collaboration with Johnny Depp. “No Shadow” is a brooding country-fied ballad produced after Depp arrived at the studios one night, cooking things up with a riff from his iPhone. Adams apparently typed up the lyrics on his typewriter, and in one take they recorded the song with Marshal Vore on drums. It’s a good piece of work and gloomily uplifting.

“It’s In My Head” was reportedly made on the first night Adams and Depp met, and is deeply catchy pop with a heavy, quirky interlude. It’s as good as anything on last year’s self-titled LP (where Depp also guests), if not better. The third and final track, “Stoned Alone”, starts off with some cosmic chanting and generally has the shambolic charm of an outtake, emulating the befuddlement of being high in a parking lot. It would be hard to say this last recording is essential, but it does perhaps provide a measure of insight into the creative process of a remarkable and mercurial talent. 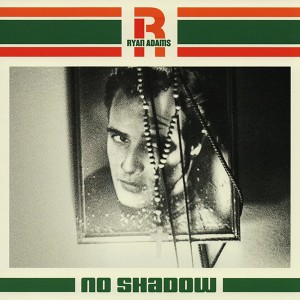