It wasn’t Zero 7’s fault that Simple Things became the soundtrack of middle-class dinner parties in the early nougties. Metal Machine Music had been deleted from RCA’s catalogue, and prediction is very difficult, especially if it’s about the future — who can foresee what the chattering classes will take up and adopt as their own? For the record (pun intended), it’s not the middle-classes I object to, but dinner parties, unless of course they are decadent and depraved. Zero 7 always deserved better than being talked over, because their music is worth listening to. They never envisaged live performance, but were semi-forced into it because of their success. Of course this doesn’t mean there were no loud-talkers at any of their gigs, but we all have friends with boisterous temperaments. Zero 7 are not a traditional “band” as such but more of a collective, with singers seconded in as necessary to add vocals to the duo’s songs. After four albums (the last was 2009’s Yeah Ghost), Zero 7 seemed to slide off the grid. Henry Binns has apparently been beavering away in his Glastonbury studio in between milking pigs, and Sam Hardaker re-kitted his studio in London where Simple Things was made. They’ve recently released some new material on 12” white label vinyl, here collected as a digital EP, Simple Science.

The title track is high tempo and electronic, with Australian Danny Pratt on vocals. It’s energetic and catchy, with a characteristically light touch – in the eternal summertime of the mind, Zero 7 are surely Kings. “Red Blue and Green (Dub Copy)” is more of an instrumental; kind of industrial, trippy and, of course, ambient. I’d like to say it’s twinkily (which it is), but it seems “twink” has been appropriated now to mean something which has nothing at all to do with astral travel. Anyway, it’s a very cool track. “Take Me Away” features Ellen Murphy (otherwise known as Only Girl) on vocals, apparently inspired by lost nights, “danced away in grotty nightclubs”. It has a ‘70s disco feel with moments of modern, classy innovation. Zero 7’s music has always had a touch of glamour about it, and this is more glitter than sweat. “U Know” is full-on electro dance, knocked up after a long hang-out at Block 9 at Glastonbury. 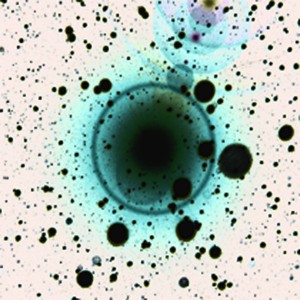