Towards the end of “Angeline”, an intense pop song with chiming guitar and thundering drums, Murphy pushes himself into falsetto and then seems to stop, as if, like the girl he’s singing about, it’s all too much. He makes the listener wait, and when finally he commits, it’s transcendent.

You could consider Murphy’s career as its own sort of waiting game; he started off big in the ‘70s on major labels and then seemed to fall off the radar. Critics and fans have willed for a big hit, but Murphy has somehow eluded becoming a household name again. The title of his latest album, It takes a worried man, could suggest he’s anxious about this himself, but in fact it turns out to be a big, optimistic record. Murphy turns out to be “a mystical believer an agnostic with a cause”, even though “it’s a long way back to 1972” (“Day For Night”).

“Murphyland” is an anthemic call to arms for his loyal and steady fan base. Although Murphy recalls dandies, dudes and glam stars, he still roots himself through friendship, where “it’s blood for blood and we don’t look back/’cause Murphyland is where we want to be”. Murphy’s son, Gaspard (who has his own band, Duplex), produced the album and it seems likely that this helped provide a certain frisson of energy in the studio; it’s chaotic but fun, as Murphy yelps “and everything that can go right well you know it will/Murphy’s law it’s got no jurisdiction here”.

Still, there are a few characters on the album who are struggling along with the rest of us. Mister Jackson on “Little Big Man” has to do his thing to “bring home the bacon”, but the song remains upbeat; the last Ramone flickers in and out of view with a sharp leather jacket, and these days has a Hollywood tan. We’re told our fate may be decided, and love may be a tired idea, but it’s making a fast comeback.

More than anything else, the environment on the record seems dramatic – there’s the cinematographic production of “I Am Empty” (featuring startling, holy Hallelujah vocals by Patti Scialfa and a scorching guitar solo from Olivier Durand) and the operatics of “He’s Gone”, reminiscent of a big, Roy Orbison classic: “well love’s a game- you play it like a fool/and you show your cards – throw away the rules”.

When it comes to the question of whether commercial success is a priority, Murphy suggests in “Even Steven” that in fact it’s all relative, and that there’s more to life than rock music: “success is such a dirty word – and it changes meaning all the time/and what I have that I know is mine is not the same as what I wanted when I was twenty nine”. He admits that “failing rock stars” are not his heroes, a striking statement coming from a rock musician, and this record turns out to be a roaring success on its own terms. 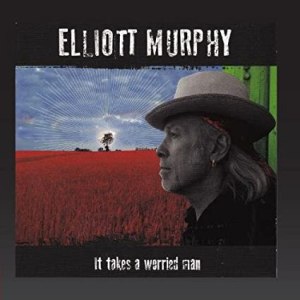