Fans of badminton (the racquet sport as opposed to the village in Gloucestershire) may baulk at the suggestion that it’s an obscure game compared to tennis. Notoriously prickily, badminton fans are likely to point out that the game first known as Poona is an Olympic sport, and the shuttlecock is mightier than the tennis ball.

However it’s possible that Hamish Hawk chose badminton and not tennis to reference in one of the songs on his second album Heavy Elevator due to its non-mainstream status; who exactly is, or was, The Mauritian Badminton Doubles Champion, 1973 of the song of the same name? Despite extensive research, we cannot confirm; yet the unusual reference to a racquet sport does not mean that Hawks’ Heavy Elevator itself deserves to be categorised as obscure or difficult, and in fact the badminton song and “Calls To Tiree” have received substantial airplay on UK radio’s BBC 6Music.

The press release for the album states that “Hawk creates musical pen-portraits as vivid in lyric as they are in melody, chamber pop songs that have swallowed both a dictionary and a compendium of modern urban (and island) fairy tales”. It’s true that Hawk’s songs are often wordy, but the words are well chosen. “The Mauritian Badminton Doubles Champion, 1973” talks of writing “a cathedral”, sounding “like ‘Common People’ sung by Christopher Wren”. One half of the 1973 Mauritian Badminton Doubles Champions is a wife with a perfect serve, but it’s the car in the song which has nice curves. The witty lyrics take us into high-brow pop, with a grand accompaniment to match – both words and music immediately catch the listener’s attention. “Calls To Tiree”, with its spikey guitar but melodic croon, frets about “this terrible locomotion I’m not in control of”, with smart allusions to Edith Piaf and Tezcatlipoca. The listener is artfully directed in the song to track three of “Lennon’s ‘Imagine’ (“Jealous Guy”).

Both “The Mauritian Badminton Doubles Champion, 1973” and “Calls To Tiree” seem upbeat on the face of it, but because of the music not the lyrics. Much of the album is in fact introspective in nature, and Hawk has said that Heavy Elevator reads like his diary. “Bakerloo, Unbecoming” is musically rousing and features some hearty singing, but is defiant in the face of a grim future – a deathbed, funeral and blackout. “Caterpillar” is also up-tempo, but like a twitchy David Byrne in “a town called Misery”, there’s “impatience on a postcard/all the parts of me that snarl and smirk/easily find work on Mean Street”.

When the music does match the tone of the lyrics, the songs are more obviously dark. The minimalist “Vivian Comma” is downbeat, with rain coming in from the Caribbean. The album was recorded some miles from the tropics at Post Electric Studio in Leith, and it has some distinct Scottish signposts; the Gay Gordons in “Bakerloo, Unbecoming”, and only a week to catch the sun in “This, Whatever It Is, Needs Improvements”. As the title of this last track suggests, Hawk does not shy away from complexity. “10 New Rhododendrons” has its’ “Paul the Apostle” who can’t stand the sight of Edinburgh Castle, and whose struggles are reflected by an inability to finish a beer.

Hawks puts in some strong vocal performances, particularly on the more difficult material – the delicate and fragile title track, the lilting “Your Ceremony”, and the pensive ballad “Daggers”. Additional vocals are provided with character by Katie Buchan and Dan Willson.

Heavy Elevator was produced by Rod Jones (Idlewild), and written with Andrew Pearson and Stefan Maurice, who also play guitar and keys/drums respectively. The proficient band is completed by Alex Duthie on bass and John Cashman on keyboards.

As well as being released on standard CD, vinyl and download, Heavy Elevator is being issued as a limited “Dinked Edition” on clear vinyl with black splatter and exclusive alternative cover art, double-sided lyric insert and a signed A5 artist photograph. Go get it – as this is a great and entertaining album. 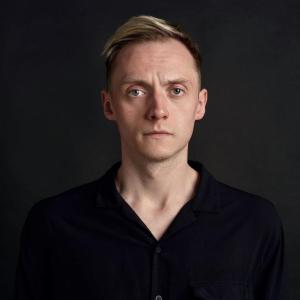