Margo Cilker has released four EPs and a single since 2015, a “good bucket of songs”, as one audience member put it to her after a show. Pohorylle is her debut album, and impressively, none of the 21 tracks from those early releases are repeated or revisited.

The album’s title is perhaps a reference to Gerta Pohorylle, a photographer professionally known as Gerda Taro, who took photographs of the Spanish civil war. Cilker considers the Basque County in Spain as a “home away from home”, and has toured extensively across the States and internationally over the last six years.

There’s a sense of travel and wander across the album. “Broken Arm in Oregon” recounts a drive back to California; travellers, farmer shepherds and wreckers check in and out of hotels and taverns; a reference to Little Feat’s travelling truck driver’s anthem “Willin” is hidden away in the breezy road trip gunning down the I-5 to “Tehachapi”. Cilker declares that she is a woman “split between places” on the mournful “Wine In The World”, and on “That River” suggests that fortune favours “the bold and the far away from home”, with poetic turns of phrase (“it was a kind of a prayer when her eyelids fell”) enhancing the unfolding narrative.

Produced by American singer-songwriter Sera Cahoone, the album has a warm, rich feel with some great musicianship. The band is made up of Jenny Conlee on keyboards, Jason Kardong on pedal steel, Rebecca Young on bass, Mirabai Peart on strings, Kelly Pratt on horns, and the album’s engineer John Morgan Askew on a range of other instruments. Sarah Cilker, Margo Cilker’s sister and frequent touring partner, adds vocal harmonies.

The playing is often understated, focussing on the interpretation of the song, such as the elegant “Chesters”, but when called on to let loose the band open up into some lively ensemble playing – the upbeat “Kevin Johnson” and “Brother, Taxman, Preacher” are highlights. Cilker also puts in some distinctive vocal performances, particularly on “Flood Plain” and “Barbed Wire (Belly Crawl)”.

We strongly recommend that you give Pohorylle a whirl. 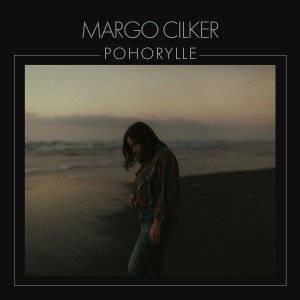