Actress and model Suki Waterhouse had apparently been dreaming of making and releasing this record for years, and to record it, her debut LP, she reached out to producer Brad Cook (Bon Iver, War On Drugs, Snail Mail, Waxahatchee) for help. Waterhouse has been releasing singles since 2016; “Brutally” was followed by “Coolest Place in the World” (2019) and “Johanna” (2019). The album was preceded by four of its tracks as singles, now here on I Can’t Let Go (“Moves”, “Melrose Meltdown”, “Devil I Know” and “West Side”).

Pop culture and Hollywood glamour run through this commendable album. Waterhouse grew up in London, but I Can’t Let Go has an undoubted American influence from Waterhouse having spent time in the US. There’s a “frequency of trouble/in the car to Malibu” on “Melrose Meltdown”; it both revels in and is traumatised by cinematic drama, proclaiming “welcome to my Melrose Meltdown/nobody ever breaks up, we just break down/we really fucked it up in diamonds and drugstores/that’s what we came for/and when you get it, you got what you need”.

The allusion in the fast-talking charm of “Moves” to an American musician was allegedly inspired by a comment by Jack White (“I can’t forget that night/you said I looked like Suzi Quatro/in the morning light/faded to oblivion”); the song has an admirable ‘60s Dylan-like refrain – “I might put some goddamn moves on you, babe I know you need it.” The world of L.A. celebrity has its downside on “Bullshit on the Internet” when the singer sees pictures of her love interest online with a rival (“they want you back togеther like a movie”).

The warm, understated backing by producer Brad Cook on bass, keyboards and guitar along with Jeremy Lylvasaker (guitar), James Wallace (keyboards), Jon Ashley/Matt McCaughan (drums/percussion) and Alex Farrar (guitar/keyboards) is well suited for an album focussed on love and relationships. The slinky, sensual ““Devil I Know” takes its comfort from knowing that “back in hell at least I’m comfortable”. “Put Me Through It” takes the rough with the smooth looking back at a relationship to lightly conclude that “it’s not to say that I haven’t had a good time/you put me through it”. The singer is mesmerised by the object of her affection in the hazy “On Your Thumb”, and in the laid back breeze of “Wild Side” considers “that ex who’s crazy”, with decidedly good grace in the circumstances.

Waterhouse puts in some impressive vocal performances. “My Mind” builds in drama as the song progresses into nightmares. She excels in conveying a sense of fragility; “Blessed”, a song about the delicacy of family, closes with some unexpected experimentation, in a firework of electronic distortion. “Slip” pushes up into falsetto as Waterhouse gives in to self-reflection: “I don’t party like I did/and I sold something/to the devil I never met”. The song blames a “city that has to eat”, with the singer slipping out as a ghost without much to say. However I Can’t Let Go speaks volumes, creating its own world in a memorable trip out West. 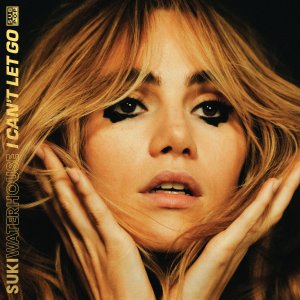